Take inspiration from Venom to cultivate your own inner warrior 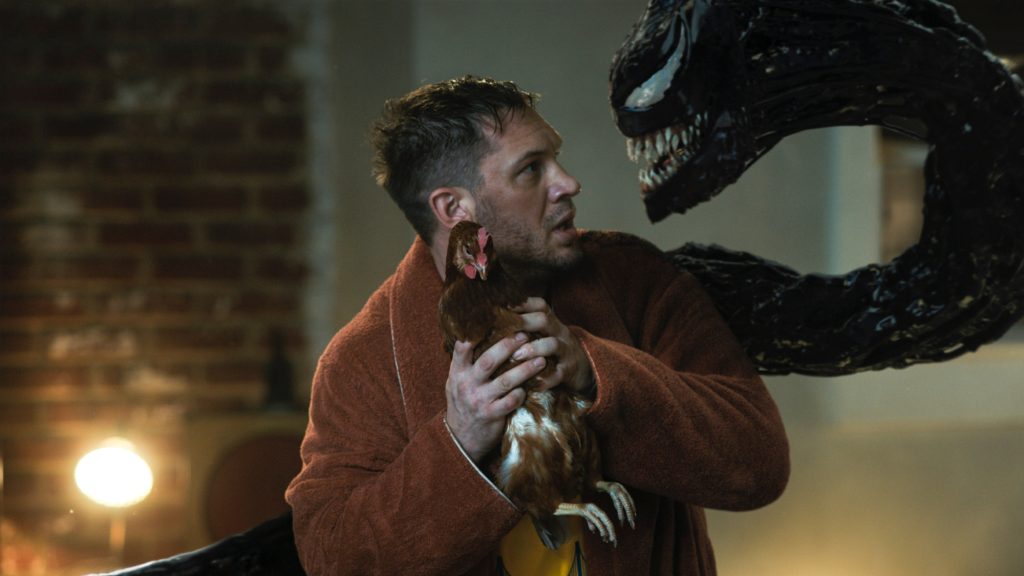 In Venom: Let There Be Carnage, Tom Hardy stars as Eddie Brock, a San Francisco reporter who must learn to love the alien symbiote living inside of him in order to save the woman he loves. But Venom isn’t just an alien parasite: it also represents the inner warrior that lives in all of us.

Throughout the majority of Venom: Let There Be Carnage, Eddie fights to repress Venom: it is, after all, an alien monster that wants to eat brains and causes all manner of other inconvenience in Eddie’s personal life.

But Venom also transforms Eddie into a hero able to defeat super-powered villains and save the world. Like The Hulk, Venom is a classic example of hidden strength living in ordinary people, their struggle to contain it, and their personal journey in learning how to use to help both themselves and those they care about.

But Venom differs from The Hulk in that it gives a distinct personality to the inner warrior, and allows Eddie Brock to have a continuous dialogue with it. While Venom: Let There Be Carnage is a fun comic book movie, it also showcases a struggle felt by many of us, and even shows us how we can recognize feelings of strength and aggression as our own inner warrior and learn to cultivate it for our ultimate benefit.

In the original Marvel comics, Brock and the Venom alien were presented as anti-heroes united in their desire to take revenge on Peter Parker and Spider-Man.

But as played by Tom Hardy, Brock is a meek and benevolent character who represses his inner warrior, represented by Venom, in order to win the affections of his ex-flame Anne (Michelle Williams). Over the course of the second film, however, he learns that he must carefully cultivate and cooperate with his inner warrior in order to save her.

In one of the most insightful sequences of Venom: Let There Be Carnage, Eddie Brock and the Venom symbiote have “split up”, and after passing through a number of other humans the alien now resides in Anna. Acknowledging that he needs Venom, or his inner warrior, in order to be complete, Brock issues a heartfelt apology to the alien through his ex-girlfriend.

Anna, too, represents a side of Brock: his compassionate inner lover. In the context of Venom: Let There Be Carnage, Eddie is asking the Venom symbiote to come out of Anna and rejoin him so they can save the world together. But what he is really doing is asking his compassionate side to allow his more aggressive inner warrior to take control in order to serve a greater good.

The finale of Venom: Let There Be Carnage underscores the importance of learning to cultivate and cooperate with our inner warrior.

The film’s villain is Cletus Kassidy (Woody Harrelson), a serial killer bolstered by another alien symbiote, called Carnage. But when the Carnage symbiote begins attacking Cletus’ girlfriend (Naomie Harris), Eddie realizes that they are divided against each other. “They’re not unified,” Eddie remarks; ultimately, he’s able to turn Carnage’s aggression against itself in order to save the day.

A parallel between the kind of inner warrior represented by the Venom symbiote can also be drawn between the warrior archetype as defined by Douglas Gillette and Robert L. Moore and in the book King, Warrior, Magician, Lover: Rediscovering the Archetypes.

Archetypes can be a useful tool for breaking down our complex selves into more easily-identifiable characteristics. While psychoanalyst Carl Jung identified 16 archetypes as part of the collective unconscious, Gillette and Moore distilled these into four primary archetypes that drew inspiration from how different characters are represented in popular fiction.

Just as Eddie Brock learned to befriend and trust the Venom symbiote living inside of him for the greater good, so too can you cultivate your own inner warrior through meditation rituals designed to increase courage and moral rectitude.

See our quick five-minute ritual on accessing your inner warrior for more details on how you can better cultivate your own inner strength.