Learn these 7 lessons for self-defense in the real world 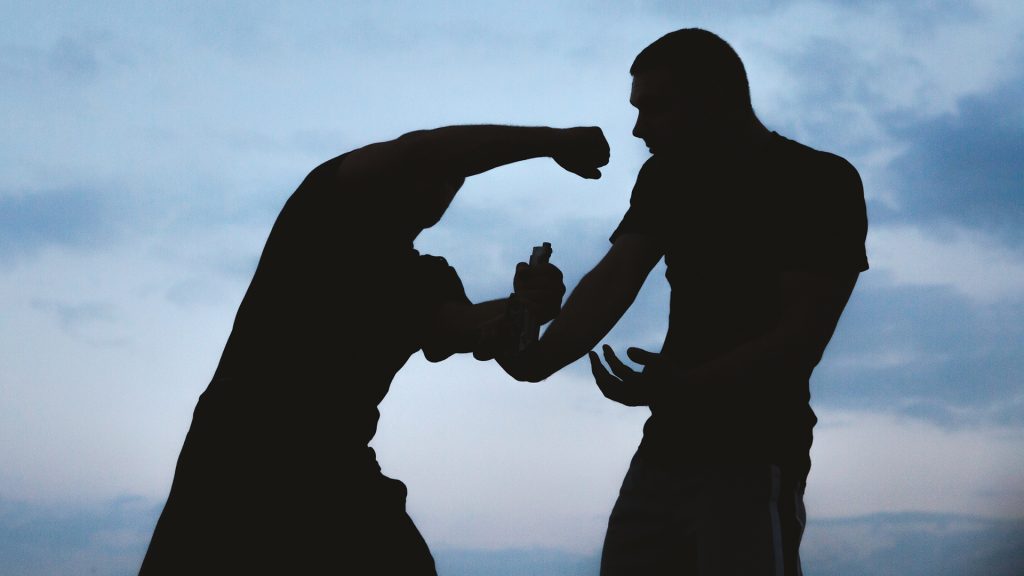 A couple of months ago, I had the unfortunate opportunity to protect some friends that were about to get attacked by an aggressor. The following account describes the practical use of self-defense tactics, as well as lessons learned from its implementation.

A practical use of self-defense techniques

Some friends and left a protest in Central London to meet other friends at a nearby pub. On our way, we saw the aftermath of a vicious attack on a Trade Union leader outside another pub.

Just after we reached the pub where our friends were, a group of men that we had seen around that attack that were screaming racist obscenities came past. They identified us as people taking part in the protest.

An unpleasant verbal confrontation ensued. I was particularly anxious that this did not escalate, as the people I was with were not trained in self-defense.

My focus was on the mob in front of us. To my left, one man had moved towards our group, quietly, not shouting like the rest. He grabbed a banner flagpole that was carried by one of the girls in our group, stepped back and started a two-handed swing aimed at that girl and her friend, also female.

I was able to jump towards the attacker with my left foot and left knee raised, in-between him and the girls. This defended them, and me, as I was too close for him to cause any real damage with the baton.

My left arm was raised high and straight, with the bicep close to my ear to defend my head. That was good as I did come away from this with a reasonably large bruise on the elbow.

On impact, I wrapped my left arm around the bat, stepped away with my left leg, and hit the attacker’s arms with a right vertical forearm smash. I came away with the bat, said nothing, and stood there holding it.

The attacker and his friends simply walked off, and the cops showed up sometime shortly after.

Lessons learned from this encounter:

At MaArtial, we believe that a thorough training in real attacks that may actually happen is a vital part of a practical self-defense regimine.

For real-world self-defense purposes, we would actively discourage the kind of choreographed movements that are taught in more traditional martial arts courses.

A thorough knowledge of the most common attacks will help design the kind of self-defense program that will actively help you on the streets.