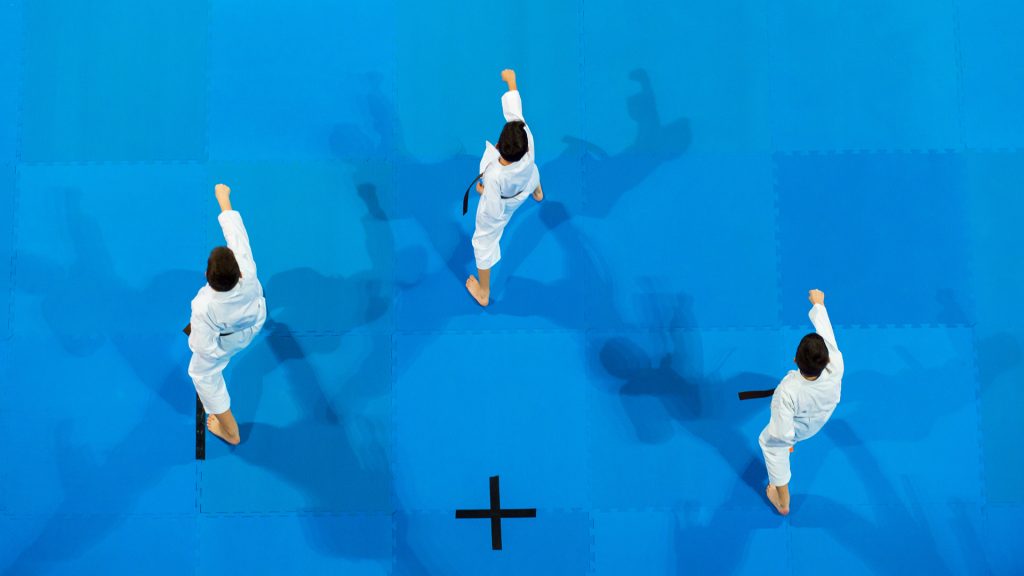 Kata, the choreographed forms in which martial arts moves are practiced, are one of the backbones of training. Read more about their history and modern use here.

The rise of reality-based self-defence largely ignores these principles to focus on modern real-world scenarios. The modern martial artist may think that learning 26 Shotokan Katas, for example, is a complete waste of time.

However, the original intended use martial arts was to do it for real: on the battlefield.

At MaArtial, we believe that traditional martial arts have many benefits such as discipline, focus, history, culture, and often include a spiritual aspect, which can combat stress on a daily basis. But these benefits aren’t a side effect of martial arts training: they are vital in forming a solid foundation.

Gichin Funakoshi, the father of Karate, once stated the following:

Once a kata has been learned, it must be practiced repeatedly until it can be applied in an emergency, for knowledge of just the sequence of a form in Karate is useless.

Nothing is more harmful to the world than a martial art that is not effective in actual self-defence.

Therefore, if your chosen art involves the strict learning of many forms, there are two further points to dwell on. Two Japanese words – Bunkai and Oyo – will become your closest allies when learning kata.

Bunkai is defined as the breakdown of the moves. Analysing the movements one by one along with their possible meaning.

Oyo is defined as the practical application of a move in a real life self-defence scenario.

Self-defence tactics can be learned in isolation without practicing a particular form. But the study and understanding of kata move sets gives one an understanding of how and why they might be effective.

Additionally, the repetitive practice of kata helps train our body to be able to deliver a set of moves using muscle memory.

It is imperative that a kata is “telling you something,” almost as if it is talking to you personally from the past.In the UK, a noted Karate Bunkai and Oyo expert is John Burke. A knowledgeable sensei such as he will aid your understanding of kata and show their relevance in the modern arena.Some people prefer tradition, some prefer fitness and conditioning and still others prefer only self-defence. The traditional kata can be applied to many, if not all self-defence scenarios, but we do recommend experts for a deep understanding of Bunkai and Oyo.