In Dracula, fear is conquered with just a moment of courage 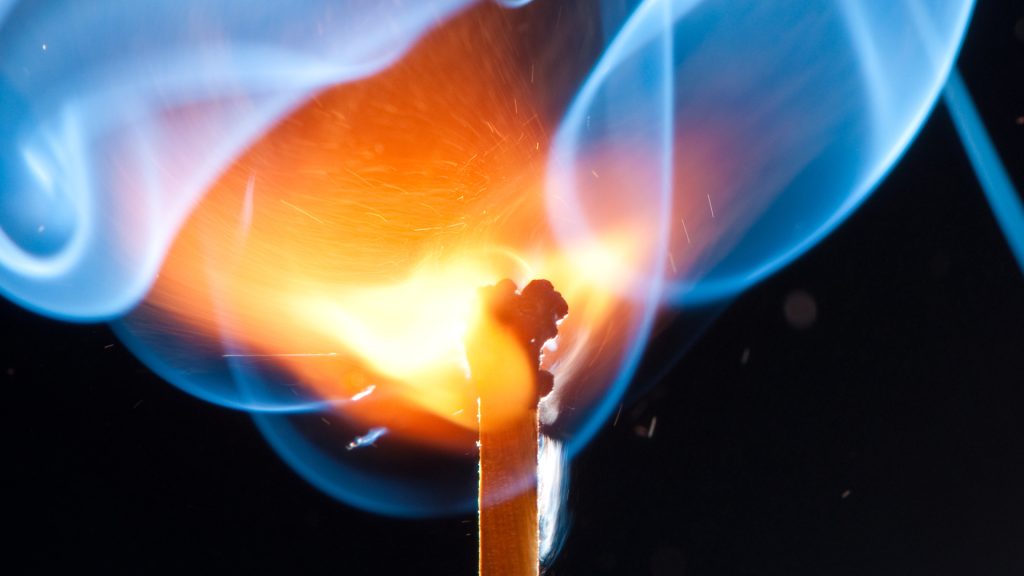 We often think about courage as something that needs to be slowly built up over time before it can be put to use. In the Rocky movies, for example, Sylvester Stallone’s character speaks of using our fears to fan the fire of courage; they’re used as a motivational tactic to build up mental courage during the months of physical training before the big fight.

But a different perspective can also be helpful in dealing with situations that require us to face our fears: instead of slowly building up the courage to perform a difficult task, we can imagine courage as something expressed in an instant that requires neither advance consideration nor future rumination.

In the original novel Dracula by Bram Stoker, the vampire hunter Van Helsing leads a team of young men to Lucy, one of Dracula’s vampire brides. Arthur, who was engaged to marry Lucy before she was turned into a vampire, is tasked with the terrifying prospect of driving a stake through her heart.

In 1992’s Bram Stoker’s Dracula, the scene is faithfully recreated with Anthony Hopkins as Van Helsing, Cary Elwes as Arthur, and Sadie Frost as Lucy:

“Brave lad! A moment’s courage, and it is done,” Van Helsing tells Arthur in the original novel.

“It will be a fearful ordeal, be not deceived in that, but it will be only a short time, and you will then rejoice more than your pain was great. From this grim tomb you will emerge as though you tread on air. But you must not falter once you have begun. Only think that we, your true friends, are around you, and that we pray for you all the time.”

Later in the novel and movie, the same principle of viewing courage as a weapon of the present moment is utilized as Van Helsing and Jonathan Harker (played by Keanu Reeves) attempt to vanquish Dracula (Gary Oldman).

The immortal, terrifying creature is a metaphor for our darkest fears, yet the implementation of the correct tools in just a single moment is all it takes to overcome him.

Where does the Van Helsing philosophy come from?

You may not think of Abraham Van Helsing as a Buddhist monk, but his approach to utilizing courage in the present moment reflects age-old zen philosophy.

One of the core tenets of Zen Buddhism is the full appreciation of the present moment; the past and future themselves are only aspects of the now. Depression can result from ruminating on past events, and fear can come from worrying about the future. But we can find peace from these anxieties by truly living in the present moment.

The Buddha said, ‘It is possible to live happily in the present moment. It is the only moment we have.
— Thích Nhất Hạnh, No Death, No Fear

Van Helsing, too, appreciates the value of the present moment. The thought of killing a vampire can be terrifying, and the memory of killing one can be traumatic. But it takes just a moment of courage to do the right thing in the present.

Themes of courage are an important part of Stoker’s original Dracula and the numerous film adaptations — and not only on the part of Van Helsing and other vampire hunters.

The tools used to fight Dracula include the crucifix, symbolizing Jesus Christ, who was willing to die for the sins of mankind. Dracula himself, meanwhile, does everything in his power to remain immortal – and he’s terrified at the sight of this symbol that represents the opposite.

Dracula, a 2020 Netflix miniseries adaptation that stars Claes Bang as the titular vampire, takes many liberties with Stoker’s original story but offers a nice explanation for the use of the crucifix.

“It speaks of the courage you long to possess,” nun and secret vampire hunter Agatha Van Helsing tells Dracula about the crucifix.

“The courage it takes to die. I call you ashamed.”

The Zen philosophy of living in the present moment is often thought of as the path to inner peace. But if we truly appreciate the present moment, then everything can be seen as but an aspect of the here and now.

We can use Van Helsing’s zen-like philosophy of utilizing courage in just a single moment to help deal with fear or anxiety. For example, speaking in public is a common fear for most people, but it’s generally the prospect of speaking in public that represents the greatest amount of concern, rather than the actual act.

You don’t need to be a courageous person to overcome fear, only employ just a brief moment of courage at the right time.

The next time you feel fear or apprehension over an upcoming event, take a moment to consider the present moment. The fear may be real, but it is generally associated with the prospect of something happening, rather than the thing itself.

If we trust ourselves to do the right thing when the situation calls for it, then we can take solace in knowing that we only need to display courage for a brief moment in time, and not let fear envelope us in advance.