How to combat war anxiety with martial principles 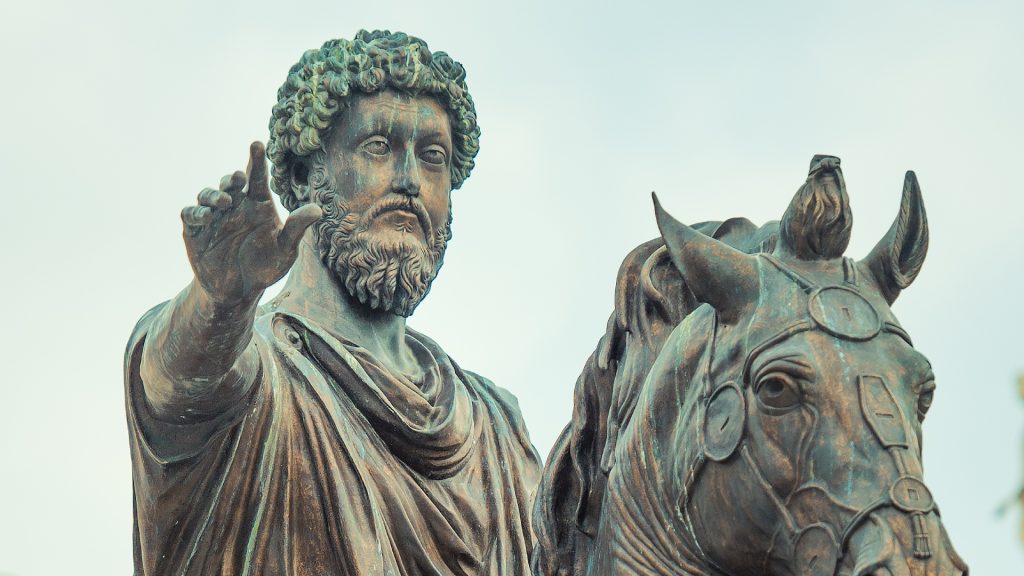 “Do not let the future trouble you. You will come to it, if that is what you must, possessed of the same reason that you apply now to the present.”
– Marcus Aurelius, Meditations

Uncertainty about the future can lead to fear and anxiety, especially in turbulent times. These are not new issues for mankind, but our increased access to knowledge and news over recent years has led to greater awareness of global issues – and the resulting worry that may entail.

Ancient philosophies can help us cope with these kinds of issues. Because the principles of Buddhism were written while states warred throughout China, and Stoicism developed while ancient Greece crumbled, they directly address existential threats, and how best to deal with them.

One of the most famous proponents of Stoicism was the Roman Emperor Marcus Aurelius, who also lived and led during turbulent times. During his 20-year reign as Emperor, Rome was continually at war, first with Parthia and later Germanic tribes.

As both a general and emperor, Aurelius knew that to confidently lead Rome through long-term wars, he must first lead himself. He kept a daily journal to work out his own personal issues, and never intended it to be read by the public. Nearly 2,000 years later, Meditations is a source of inspiration across the globe.

In Meditations, we can see Aurelius attempt to come to grips with worries and anxiety: about how to confront the future, how to be sure of the best course of action, and how to have confidence in his decisions. His writings are greatly influenced by Stoic principles, which he credits his friend and teacher ​​Rusticus for passing to him.

Those same principles can still be used today to deal with stress and anxiety.

One of the similarities between Buddhism and Stoicism is the core philosophy of getting rid of attachments. This is often taken to mean material possessions, but the deepest attachments, and those that are often most difficult to rid ourselves of, are our own opinions.

“It is in our power to have no opinion about a thing, and not to be disturbed in our soul,” Marcus Aurelius writes in Meditations.

“For things themselves have no natural power to form our judgements.”

When we hear news about war, pandemics, or other global threats, it’s easy to get worried: these are, after all, objectively bad things that could pose a potential threat to us. But rather than placing a value of “good” or “bad” on these events, what if we simply accept them as they are? Absorb them without opinion?

These events are out of our control, and will run their course regardless of what we think of them. Instead of worrying about something that you cannot influence, imagine a time five or ten years in the future, when these events are no longer an everyday concern. What benefit has your opinion of these matters brought to you?

Recognize the benefits of knowledge

While it can be difficult to hear about the negative things happening around the world, we can still put a positive spin on what being aware of global events can mean to us. Would it be better to know about these things, and have a more complete understanding of the world that surrounds us, or be blind to war and suffering?

“To be lucky all the time and to go through life without mental distress is to remain ignorant of half of the natural world,” said Seneca the Younger, a Roman statesman whose writings influenced Marcus Aurelius, in On Providence.

Knowing about plight in other areas of the world can help us develop empathy for others, and in doing so build our own character. Having a more complete understanding of the world can allow us to make better judgments when we need to face a direct threat. Being ignorant of such matters can only make us weaker.

Do the best you can in the present moment

Throughout much of Meditations, Marcus Aurelius promotes the idea of focusing on maintaining focus on what you have control over, regardless of the surrounding circumstances, for this is truly who you are. When we let things that are out of our control dictate how we act, we change the very nature of our character.

Each of us has specific jobs to perform, whether that be as a student, parent, employee, or friend; if we let external events affect that, we allow ourselves to be changed by something we have no effect on.

“If you are doing your proper duty, let it not matter to you whether you are cold or warm, whether you are sleepy or well-slept, whether men speak badly or well of you, even whether you are on the point of death or doing something else,” wrote Marcus Aurelius in Meditations.

“Even this, the act in which we die, is one of the acts of life, and so here too it suffices to ‘make the best move you can’.”