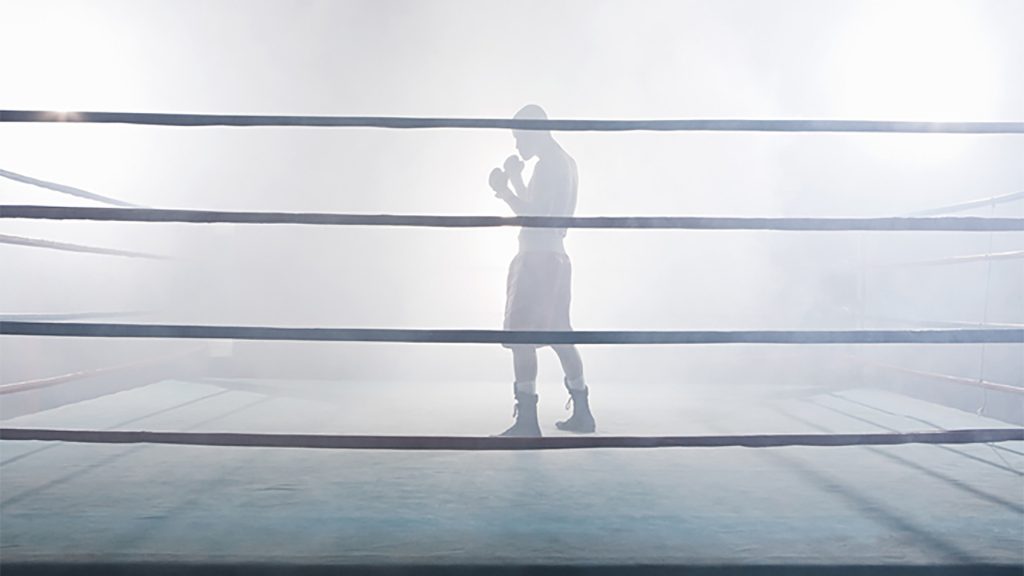 It’s an old contention that practicing martial arts is good for your confidence, and can be a motivating factor for many people who take up the arts. But life is more complicated than a simple contention, and we like to seek understanding beyond our immediate perception: martial arts can boost your confidence, but it’s vital that it boosts the right kind of confidence.

As ever, this depends on the instructor and what you want from the art. Decades ago when I was learning karate, a girl came to class – about 5 foot 2 inches and 7 stone – who was basically there to find out how to look after herself and how to take on a much bigger attacker. I never got the impression she was there for a general boost in confidence, and she wasn’t lacking in that regard; she was there to pick up some techniques and to gain a bit of confidence in knowing what to do if attacked.

But this was not the right club for her. The focus was not on leverage, it was more about strong guys hitting each other about the head and the body. Not something that was going to work for her against the vast majority of guys, nor other women to be honest. And she was given some bad advice: she told me that someone had advised her to punch guys in the bicep to debilitate them. I had to tell her in all honesty that she was unlikely to hurt anyone like that. She left after a few months with her confidence to look after herself most likely damaged forever.

Over the years, I witnessed a few guys come to classes who were desperately lacking in confidence and had obviously come along to do something about it. But I saw few of them actually achieve major improvement, and most of them dropped out before either their confidence or their martial ability improved.

The thing is, anything you do which is new can be tough: you’re not going to be good at it right away, and you’re not going to be as good as the other people in the class. If they’re a bunch of macho alpha male types strutting round throwing strikes and poses and looking contemptuous of the new guys’ efforts, then it’s going to make the latter feel even worse about themselves, and they can come away with even less confidence than they had going in.

Ultimately, a lot depends on the teacher, the culture they encourage, and whether their style is conducive to your requirements regarding confidence enhancement. If you want to feel safer against larger opponents, don’t do competition-based training, which is about people of the same weight facing each other. If you need a cooperative, supportive environment in which to settle in and develop over time, then go watch a class in advance and check out how the instructors act towards the students.

I asked a general question about this on my Facebook page and received a lot of very useful input. My favourite response was from one of my fellow instructors. Below is a summary of our exchange:

Instructor J: One aspect that is really useful is ego; there will always be someone better than you, and by the time you are good enough there will be hordes of people younger and fitter. Once you accept this fact, you stop beating yourself up quite so much. Which is handy because if someone else wants to beat you up, then not helping them is a great place to start.

Me: Yes, you are getting to the heart of the matter. The tension between the development of your physical capacities to levels at which you feel able to look after yourself, and the ultimate aim of the martial arts that is the conquering of the ego. If you don’t work on taming the ego and only focus on developing physical prowess and the confidence that can come with it, then you might just turn into an arrogant, dangerous bastard.

J: People have made some other great points are about self discipline and awareness and self- discovery. I’m not disputing that those are also very real and important. It was teaching and watching others learn that made me realise the importance of ego.

I sometimes used to tell students: “Anyone can win a fight. Wait until they’re not looking then hit them with a brick.” But that’s not why we’re here.

So, if you’re training for the confidence that comes with a certainty that you can do some damage to anyone you might face, then you’re always going to be disappointed. There’s always going to be someone tougher than you, younger, able to train harder, etc.

Maybe you only gain real confidence when you know that you’ve done your best to train to be as good as you can be, you’ve not short-changed anyone including yourself, and you don’t need to look down on anybody else or to belittle them in order to feel good about yourself. You may not have conquered your ego but you’ve given it a good enough toeing for it to stop shoving you around all the time.

Remember that the ultimate goal of martial arts is the conquering of the ego, not the development of the cold-hearted, arrogant self-confidence that comes with the conviction that you can give anyone a kicking. Martial arts are all about defeating ego as the ultimate enemy, but some martial arts instructors and practitioners can be amongst the most egotistical people out there.

Of course, the practice of martial arts in a good supportive environment can enhance confidence and general sense of well-being. You’re going to feel better about yourself for doing the work needed to pass a grading, for taking a few risks and for doing something brave, something that involves a little bit of danger that you didn’t shy away from. If you’re having times of self-doubt and lack of self-belief it’s good to be able to look back on moments of achievement and that recollection alone can make you feel better, martial arts can provide such moments to fall back upon.

But there’s always a balance, Yin and Yang, if your training turns you into an arrogant, boastful person then you’re not a true martial artist nor are you truly confident.

When I asked for input into this, I had several police officers contact me to say how their training helped them cope with the demands of the job and the conflict and violence that they dealt with on a regular basis. This is an important function of our role as martial artists, we’ve got to teach decent stuff to people who need it, and continue to work on our art to keep it effective and try to avoid teaching thugs or anyone with thug-like tendencies.

Probably the most striking story was sent to  me by a paramedic who is also a Ju-Jitsu teacher; it’s not strictly about confidence but something much more, and worth summarising. He was thrown into the back of his ambulance by a group of travellers very distressed by the illness of their baby. Surrounded by six loud and very agitated travellers, he was trying to revive the baby with CPR when a truck crashed into the side of the ambulance. With the ambulance driver unconscious and serious injuries on board he still kept focus, despite his own injuries and the surrounding mayhem; he protected the baby in his arms, jumped out of the ambulance, hailed down a car and got himself and the baby to hospital while continuing the CPR.

He told me that he felt he couldn’t have done it without the martial arts training, the ability to focus through adversity, take the mind to go to a different place emotionally and physically knowing you can get through what’s thrown at you.

As he said, “Martial arts is not just for hitting people.”

At MaArtial, we are constantly amazed as to how an increase in confidence can completely alter someone’s success in practically any endeavour.

The article is realistic and offers the time- honoured goal of reducing ones ego, as much as it humanly possible.

True confidence, therefore, comes from a sense of progress and an “inner scoreboard” of knowing you have tried comprehensively to reach your potential.

By focusing firstly on what we can do, the gaps in our performances become less relevant and are being cultivated anyway with regular training.