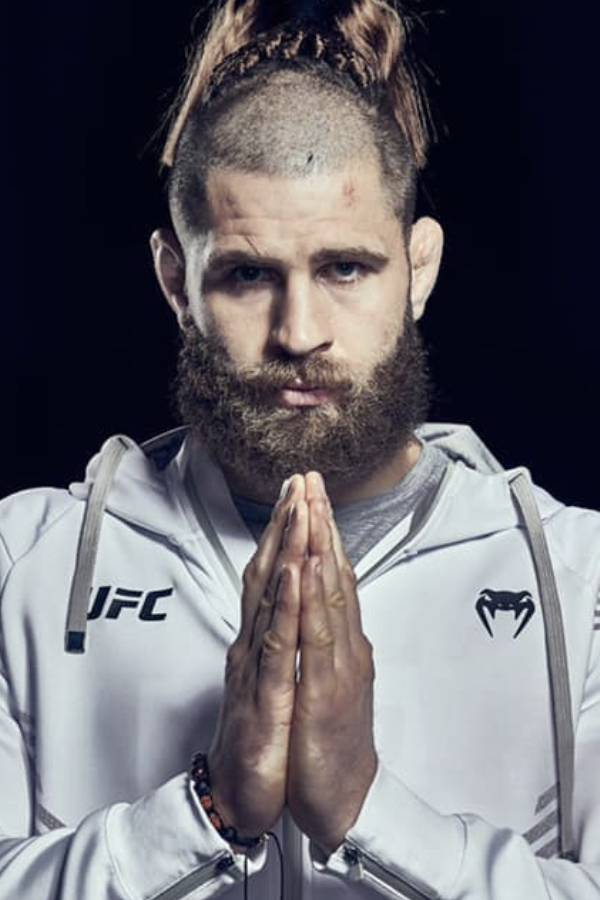 MMA light heavyweight Jiří Procházka turned some heads (quite literally) with his spinning back elbow knockout of Dominick Reyes at Fight Night in Las Vegas on May 1. It was only the third such finish in UFC history.

But Procházka has also been turning heads for his conduct outside the Octagon. The Czech star’s attitude and approach stands in stark contrast to some of his competitors.

The UFC has become well-known for bombastic stars like Conor McGregor, who maintains an aggressive fighter image outside of the Octagon – and faces the consequences, sometimes legal, that come with it.

Procházka, on the other hand, maintains a cool and collected approach. He shows respect for his opponents before and after the fight, and comes across as calm and collected during both pre-fight and post-fight interviews.

After years of fighting in Japan’s Rizin Fighting Federation, local media outlets began to dub him Czech Samurai. But the nickname has a lot more to it than Procházka’s stay in Japan: he’s also a strict follower of the Bushido Code.

“The Czech Samurai,” Procházka explained to ESPN in a recent interview.

“It started to come out in the media. It had something to do with me fighting in Japan. However, I suspect it might also be because some eight years ago my coach gave me The Book of the Five Rings by the most famous swordmaster Miyamoto Musashi.”

“It’s a book about strategy. Each of the circles or spheres contains an element: water, fire, earth, air, and nothingness. Inside each sphere Musashi deals with different aspects of strategy. Different offensive strategies of figuring out the opponent’s moves. Different possible ways of timing, reading the rhythm of the fight.”

Musashi’s The Book of the Five Rings is a treatise on martial arts and particularly kenjutsu, the Japanese art of swordplay. But it’s core principles are timeless, and have been adapted into Inazō Nitobe’s Bushido: The Soul of Japan, one of the most well-known modern interpretations of samurai philosophy.

Like Sun Tzu’s The Art of War, The Book of the Five Rings contains practical applications that can be employed off the battlefield. Modern corporations have notably utilized the principles to success in the business world.

While Procházka may have initially been drawn to Musashi’s text for its fighting strategy, he ultimately found that it contained a new outlook on life.

“It’s all interconnected neatly in the book, culminating in the fifth sphere: the book of emptiness, where everything ceases and you focus on the here and now.”

“And thanks to this book I have also been following the Bushido code. Bushido philosophy, or the samurai ideology deals with the honor of a man and the fact whether he is capable of honoring his word under any circumstances. To keep his mind still, whatever happens around him.”

Now, Procházka serves as a conduit for the teachings of the samurai: not in combat, but outside of it. The principles he takes to heart from the Bushido code have given him a new outlook on his journey, and distinctly sets him apart from many of his competitors in the UFC.

“Life finally started to make sense for me, and I started to follow a path that led me somewhere,” says Procházka on following the Bushido code.

“It allows you to watch yourself grow.”

Once the philosophy of the stoic warrior, the Bushido code has popularized in modern times as a set of virtues to live one’s life by. Key to code are eight tenets: justice, courage, mercy, politeness, honesty, honor, loyalty, and self-control. These virtues have value far beyond the battlefield or the Octagon, and can help one achieve success in many areas of life.

Procházka speaks about the fifth sphere of emptiness in Musashi’s The Book of the Five Rings, which is an essential component to understanding Bushido philosophy. Samurai would attempt to eliminate external thoughts through mushin meditation, the goal of which was to achieve a state of “no mind.”

This brings greater attention to the present moment, allowing one to devote more focus to the here and now. You, too, can practice mushin meditation through the steps described in our article here.